Having to explain why black lives matter
To the colour-blinds and the don’t-want-to-listens
While righteous anger boils over in the streets
‘Cos it’s not even equality, it’s a fight for existence

From Blackout Tuesday to Stand Up Wednesday
How many deaths? How much longer?
From burn it up to resist the clampdown
Take a knee, together we’re stronger

It took eight minutes and forty-six seconds
For Derek Chauvin to kill George Floyd
Who wants to argue that oppression of a black man
Protects the status quo by which he’s employed?

From Blackout Tuesday to Stand Up Wednesday
How many deaths? How much longer?
From burn it up to resist the clampdown
Take a knee, together we’re stronger

A solidarity message from the football club
Sentiments you share with your mates down the pub
Be honest about privilege, be honest about race
Together we can make the world a better place

It took eight minutes and forty-six seconds
For Derek Chauvin to kill George Floyd
A simple demand to lend your voice
And end to racism, justice for George

It took the Cummings fiasco
For the government to let go
Of the scientific say so
With a bribe so shallow
For a back to work heigh-ho
And an off to school you go.

It’s still early you know,
The numbers could grow
But there’s no economic flow
As they tire of furlough
It’s about the dough
This public health blow,
Not keeping the R low
It’s about what we owe.

They claim progress although
The numbers don’t show
That we’re within a stone’s throw
Of Wuhan or Guangzhou,
We’re more Moscow than Tokyo
Or Montevideo;
While the White House sideshow
Lets Trump have a go
At the WHO.

So, when they say that they know
What you know they don’t know
And with words that sound hollow
Tell you to follow
And tell you to go
Reserve your right to say no.

Donald Trump is threatening to shoot Iranian ships
To drive up, we suspect, the oil price a bit
While supporting protesters rights
Against all medical advice
To let the virus just transmit
So long as they are not the ones to actually get it.

Meanwhile back home in the UK
We did eighteen thousand tests today.
A fair way short, granted
Of Hancock’s end of month hundred thousand target
And a vaccine is still months or years away
But still
B&Q is re-opening today.

He’ll steal your medication,
Your PPE
‘Cos his recovery’s
A month behind the Chinese
He’ll offer big money
For your remedies
Or he’ll take ‘em for free
He’s a pirate now 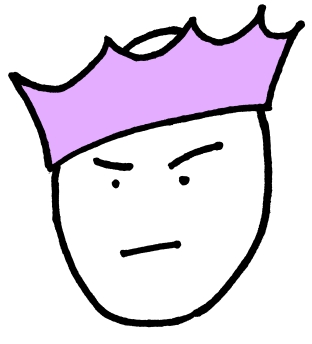 The Queen’s widely previewed but rarely watched Christmas message will be delivered in a royal blue 1 cashmere dress by Angela Kelly adorned with the sapphire and diamond brooch given to Queen Victoria by Prince Albert in 1840. In it she’ll encourage the country to put past differences behind us by referencing D-Day and describe the unveiling of her favourite son as a rapist and a liar as “quite bumpy” 2. Essential viewing for fans of carefully guarded language and calls for unity from super-rich folk who will do little else to achieve it.

Boris Johnson 3 meanwhile, clearly didn’t get the memo about national unity and focuses his Christmas message on Christians alone, referencing them three times in a 350-word statement while addressing a country whose own census data recognises several other major religions, Christianity’s declining popularity, and a rise in the number of people declaring themselves to be of no religion.4

On the subject of the census, Herod the Great’s Christmas message is that it, along with the Massacre of the Innocents, is just fake news.

We have yet to hear from Donald Trump, the festive season has gifted us impeachment after all, but his Christmas message will no doubt follow a similar pattern:

Jeremy Corbyn, of course, bucks the trend by using his Christmas message to point out that Baby Jesus’ instruction to love thy neighbour isn’t reflected in the doubling of rough sleeping in the UK over the last six years of austere Tory rule.6

And that’s our message to you too this Christmas. It’s a tough old world out there that looks set to get tougher, so look after yourselves and each other and, however you identify, however you celebrate, if you’re a victim of the system, their system, we’re on your side, making music to bring hope, healing, encouragement, entertainment and outrage.

Hold your loved ones close this Christmas if you can, and think about those that can’t. Let’s all come out fighting in the New Year.

5. Always the police, followed by nurses. Rarely do the other services get a special mention.

It was a week for all tastes and pockets,[1]: Trump’s state visit, the second phase of Theresa May’s resignation (announce a date, stay on as caretaker, actually go), Elvis Costello accepting an OBE and blaming his mum; I couldn’t really let it pass without comment. With a nod to one of the characters in The Brexit Trilogy[2], here it is: Donald’s In Town.