Matt Hancock wishes he had a magic wand
So he could make PPE fall from the sky
Care homes deluged and hospitals bombed
With gloves, gowns, goggles and no one asking why
That last week he said PPE was plentiful
The only problem was that it was in the wrong place
And we were being far too sceptical
All we needed was to give him some space
To find the right warehouses, but did he get it wrong?
Was the PPE really in the sky all along? 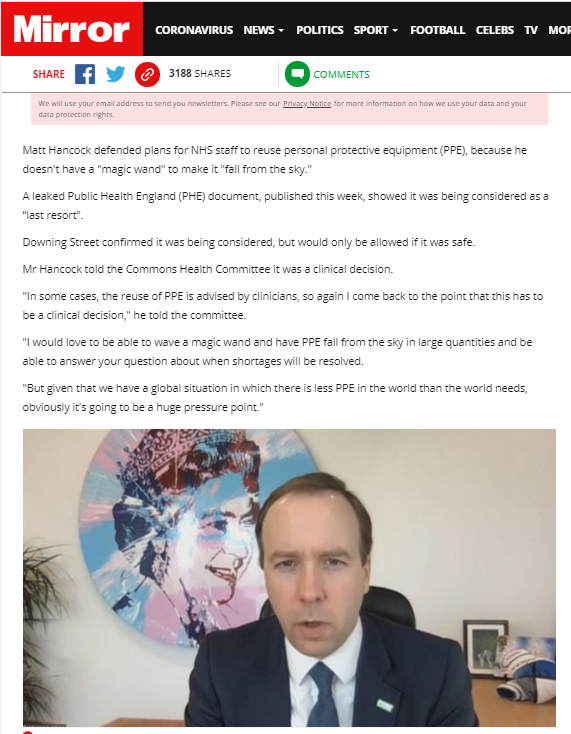